Scurvy Disease, the Vitamin C Story and Why is More than a "Vitamin"

The scurvy disease is low vitamin C and it has very specific late symptoms. Some of them are loose teeth, bleeding gums and slow-healing wounds.

But a lack of enough vitamin C in the body can lead to other chronic diseases. This includes cancer, heart disease, infections, allergies, among others.

Now, the scientific name of Vitamin C is ascorbic acid. But the ascorbic acid substance is more than a vitamin. Your body needs enough vitamin C to maintain good health and fight disease.

The problem is that many people are still not aware of this.

One reason is that ascorbic acid was already named a "vitamin" many years before its discovery. Before scientists understood the value of ascorbic acid to the body. Not only its nutritional value as a "vitamin".

To understand why this happened, we need to know a little bit of history. The story of ascorbic acid is the story of the scurvy disease and the story of vitamins. 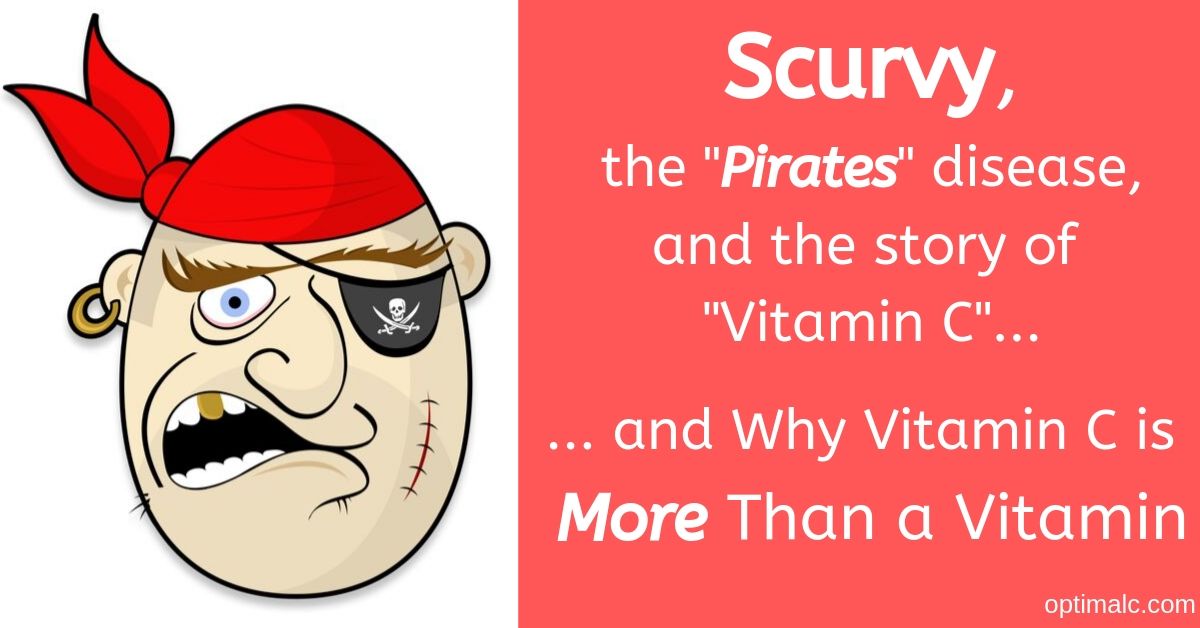 The scurvy disease is low vitamin C and it has very specific symptoms. But a lack of enough vitamin C in the body can lead to other chronic diseases. This is because vitamin C is more than a vitamin.

Many years ago, sailors would die when taking long trips. This was until someone discovered the cure that protected sailors from scurvy disease... in citrus fruits and lemons.

This was first documented in 1617 by English military surgeon John Woodall in The Surgeon’s Mate... and then published in 1753 by naval surgeon James Lind in A Treatise of Scurvy.

The cure for scurvy existed for almost 200 years... before the medical profession finally caught on.

In the early 1800s, the medical profession finally accepted the cure for scurvy.  An unknown substance in citrus fruits which prevented people to die from scurvy.

In the early 1900's, chemists found trace substances in food that were vital to health.

Years later, a chemist changed the names of these substances to “vitamin A” and “vitamin B”...

...and he also gave the name "vitamin C" to the anti-scurvy substance in citrus fruits that cured scurvy disease.  (Asimov, 1972)

What was the problem with that? The big assumption that this "unknown" substance was also needed in small or trace amounts.

The "vitamin" label was given...

Scientists assumed that “vitamin C”, a substance that was still unknown, would have properties like the other vitamins... and that the body would only need it in small "trace" amounts.


A Chemist Finds the Substance that Cures Scurvy... Ascorbic Acid

And finally, in 1937, a chemist was able to separate or isolate the substance in citrus fruits... the substance that cured scurvy.

He called this substance ascorbic acid or ascorbate.

The chemist was Albert Szent-Gyorgyi, who won the Nobel prize.

Dr. Gyorgy found that ascorbic acid is closely related to the sugar glucose, a primary source of energy in the body.

And this discovery allowed companies to produce vitamin C crystals and powders in large quantities... from sugars like corn


Scientists Rush to Research Ascorbic Acid But Use Only Small "Vitamin" amounts….

Dr. Dyorgy won the Nobel Prize in Physiology or Medicine in 1937. And by then, there were thousands of medical studies done using vitamin C for many diseases.

But there was a big problem. Most researchers doing these scientific studies were biased. They focused on the nutritional and vitamin aspects of ascorbic acid, or "vitamin C".

Scientist used ineffective small amounts of ascorbic acid. And scientists repeated the same mistake year after year in most of these studies.

“Scientists thought of ascorbic acid as a “vitamin” and as a “vitamin” they expected miracles from trace amounts” – Irwin Stone, American Biochemist, dedicated 40 years to research Vitamin C

One of the researchers that did realize the importance of proper dose and frequency was Dr. Frederick Klenner.

Dr. Klenner became a pioneer in treating viral diseases with large doses of ascorbic acid in the late 1940s. He found dramatic results in diseases such as poliomyelitis.

These results have been largely ignored by the medical profession to this date.

“As time passed and more facts were gathered, “vitamin C” was not behaving like a typical vitamin. Scientific studies proved that nearly all animals manufacture it in their own bodies. And they never got scurvy, no matter how little vitamin C was in their bodies." - Irwin Stone, American Biochemist, dedicated 40 years to research Vitamin C

The good news is that more and more scientists and doctors today understand the true value of ascorbic acid to the body and how it influences almost every function in the body.

For example, many alternative clinics use vitamin C therapy as one of the most effective weapons against disease.

The evidence is overwhelming and can’t be hidden.

Eventually, more and more people will awake to the fact that low vitamin C can lead to many other chronic diseases and have many symptoms.

Did you know cancer patients have one of the lower levels of vitamin C in the body? These people are told by doctors that they have cancer, not the scurvy disease.

Linus Pauling  said, in the book Vitamin C and Cancer... "vitamin C may be the most important of all nutrients in the control of cancer."

It took the medical profession 200 years to accept the cure of scurvy.  The "magic" substance inside citrus fruits, such as oranges and lemons. The substance that was later identified as ascorbic acid, or vitamin C.

Vitamin C has existed as a “vitamin” for so long that, for many people still, it can only exist as a vitamin.

This is old knowledge that will eventually die. 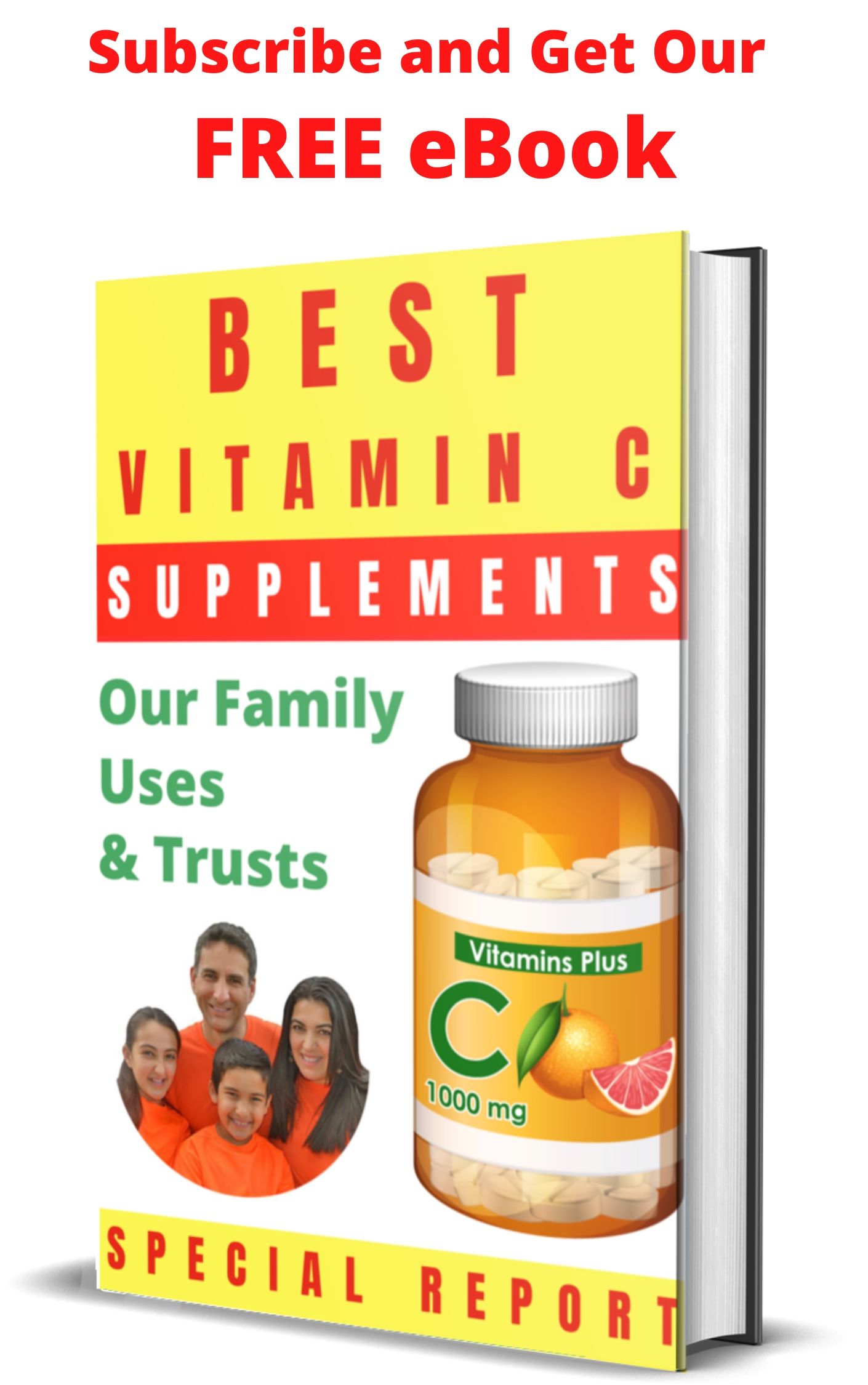 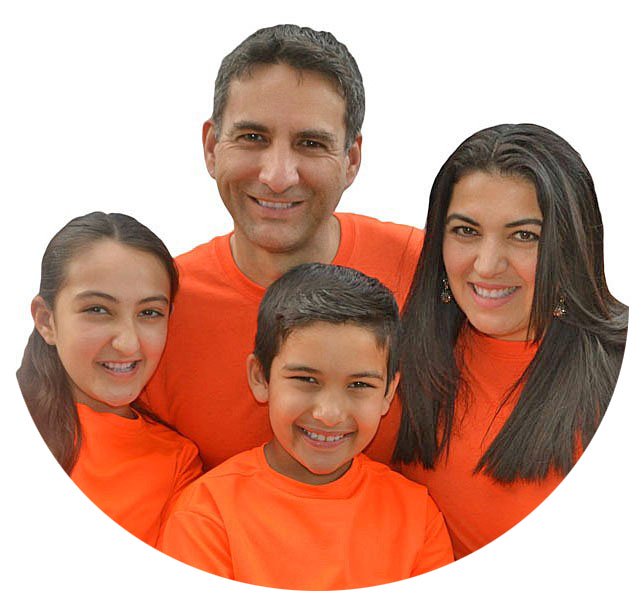